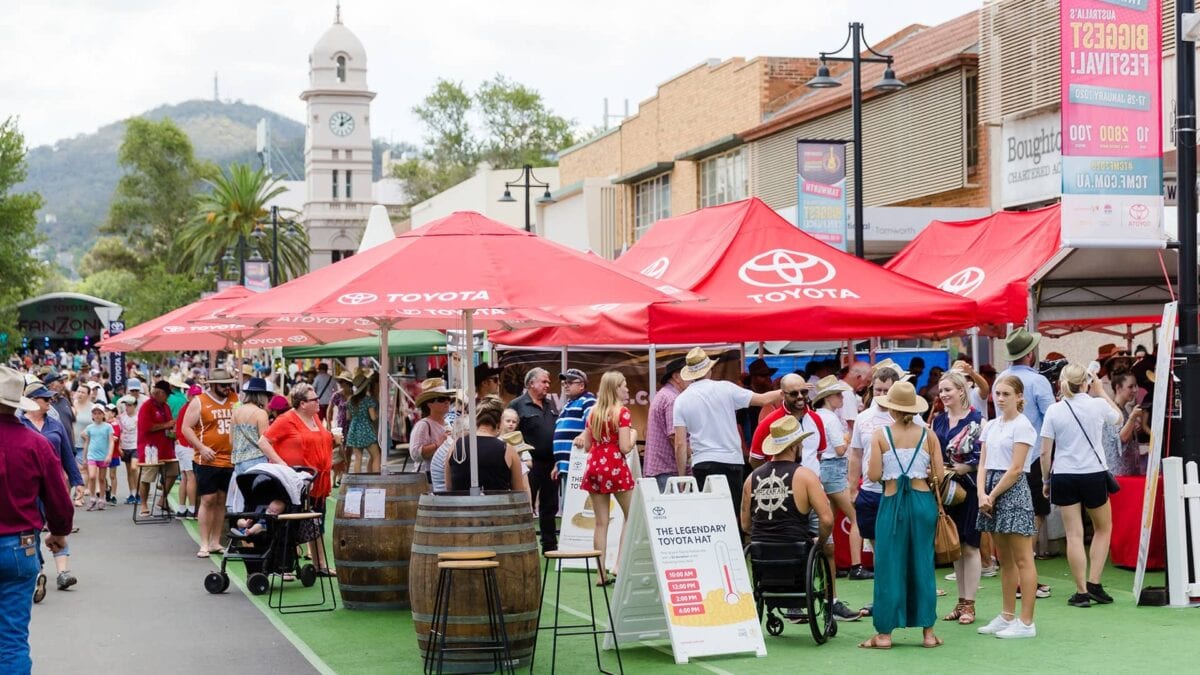 Crowds gather in Tamworth for the famous Toyota hat giveaway to raise money for Rural Aid.

Country music fans donned thousands of Toyota hats in support of Rural Aid at the Toyota Country Music Festival in Tamworth, raising $34,142 for the rural charity over the course of the festival.

The Toyota hat giveaway – that asks for a gold coin donation – has long been a tradition of the annual festival, with country music stars Blake O’Connor, The McClymonts and Lee Kernaghan visiting the Toyota zone this year to sign the straw Stetson-style headwear for fans.

Rural Aid co-founder Charles Alder said the donation from Toyota would help the charity to provide a range of services for those in the bush that are going through hardship.

“Our Farm and Community Rescue program sees thousands of volunteers give their time to support rural communities, while the Gift of Music program and our on-going work providing counselling services to remote communities all require funds, so every dollar counts.

“Toyota has been a truly valued partner, raising more than $270,000 last year through the Raffle for Resilience and 2019 Toyota Country Music Festival and we appreciate the additional funds that Australia’s country folk have contributed this year.

“The hardships faced by those in rural communities are well documented, which can also affect mental health issues and Toyota is also generously supplying us with three vehicles this year specifically to enable our counsellors to visit those in need,” he said.

The challenges facing rural Australia was one of the topics canvassed in Toyota’s Verandah sessions, produced as part of the Toyota Country Music Festival and shared on Toyota’s social media channels.

Mr Hanley said Toyota was proud to support Rural Aid and its vital programs to help those in the bush, as it was just one way the company could give back to those that have supported it for so many years.

“A large part of Toyota’s heritage was born and bred in the bush, and we couldn’t be what we are today without regional Australia,” Mr Hanley said.

“We are what we are today on the back of what regional Australia has done for Toyota and therefore it is incumbent on us for Toyota to do something for regional communities. Part of that work is supporting charities like Rural Aid, which plays a vital role particularly in the area of counselling services,” he said.