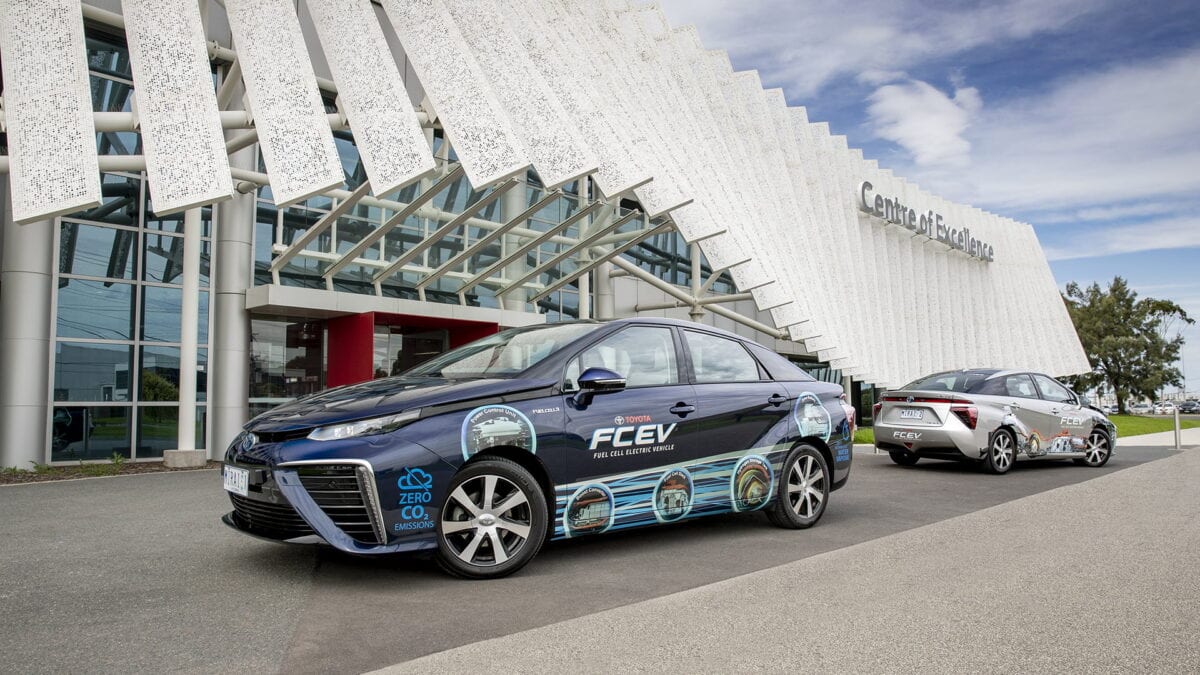 Toyota Australia has welcomed the $300 million commitment by the Clean Energy Finance Corporation to invest in hydrogen energy projects.

“Toyota’s ability to launch advanced vehicles in Australia such as the Mirai fuel-cell electric car – a hydrogen-powered sedan that emits only water vapor – depends on the development of an adequate refuelling infrastructure.”

Mr MacLeod said Toyota Australia was committed to helping develop and promote the hydrogen economy with its own significant investments.

These include a $7.4 million hydrogen centre in Melbourne, supported by $3.1 million in funding from the Australian Renewable Energy Agency.

“This project will deliver Victoria’s first commercial-grade hydrogen refuelling station by the end of this year and will be supported by a sustainable hydrogen production and storage facility.

“An education centre at the site, which has just been completed, will provide information that demonstrates the opportunity for hydrogen to meet the energy needs of our society in the not-too-distant future.”

Toyota has also expanded its renewable solar-energy capacity at three key properties in NSW, Victoria and Queensland. It will soon commission an additional solar system to support its hydrogen centre.