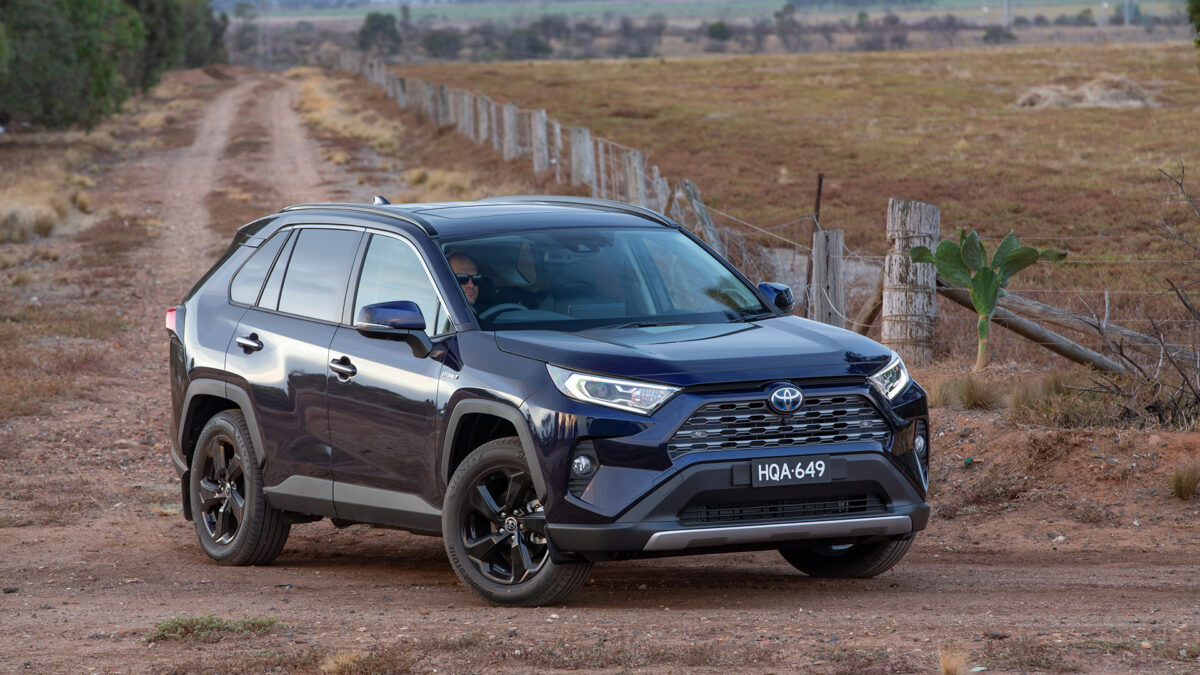 Toyota has made automotive history in Australia with its hybrid RAV4 SUV topping the local industry sales chart in August.

RAV4, which is also sold with petrol versions, has led the market for the past two months – the first SUV to become the country’s best-selling vehicle.

But sales of 4,405 hybrid RAV4 variants in August mark the first time that the hybrid-powered version of any model has outsold every other vehicle available in Australia.

RAV4’s hybrid tally for the month was 1,470 ahead of the industry’s second-best seller.

As a result, hybrid sales represented a record 91.3 per cent of total RAV4 sales in August, with dealers also retailing 420 petrol variants, for a total of 4,825 vehicles.

RAV4 lifted Toyota’s overall hybrid tally in August to 6,142 cars – or 49.3 per cent of the company’s total deliveries to customers.

This means Toyota has also set a record for annual hybrid sales, reaching 33,462 vehicles to the end of August or 26.6 per cent of the brand’s total sales. The previous full-year record was 27,846 hybrid vehicles sold by Toyota last year.

RAV4 sales, particularly for hybrid variants, have been supplemented recently by a substantial increase in supply to shorten the time between a customer placing an order and receiving their vehicle.

Toyota Australia Vice President Sales and Marketing Sean Hanley said the surge in demand for Toyota’s hybrid-electric vehicles was having a big impact on the industry.

“Seeing a Toyota hybrid become Australia’s best-selling car was a distant dream when we introduced the technology to Australia almost 20 years ago with the original Prius,” Mr Hanley said.

“It took us more than 17 years to deliver the first 100,000 hybrids in Australia, but it has taken us just 16 months to sell more than half as many again with total hybrid sales now exceeding 155,000 vehicles.

“You could say that, after almost 20 years in the market, our hybrid-electric technology has become something of an overnight success.”

Mr Hanley said the recent upswing in RAV4 sales was likely to moderate towards the end of the year as the additional stock enabled back orders to be filled.

“Nevertheless, customer demand continues to remain strong for a vehicle with the performance, safety, technology, style and refinement that has made it Australia’s best-selling SUV in 2020,” he said.

“It also reflects consumer acceptance and understanding that hybrid is a practical and affordable choice that offers remarkable savings at the petrol pump, an advantage that is particularly welcome in the current economic climate.”

Since the first Prius, Toyota has introduced an increasingly wide range of hybrid models with improved performance, fuel economy and emissions.

RAV4 is Toyota’s top-selling Australian hybrid so far this year, displacing Corolla which led hybrid sales in 2019. Camry remains the best-selling hybrid in this country with a cumulative total of more than 67,000 sales.

The growth in hybrid sales is being supported by the recent arrival of the all-new Yaris hatch and the upcoming Yaris Cross SUV, both of which include Toyota’s latest, fourth-generation hybrid electric system.

Australian customers can also choose from hybrid versions of the C-HR SUV as well as the Prius hatch and seven-seat Prius V.