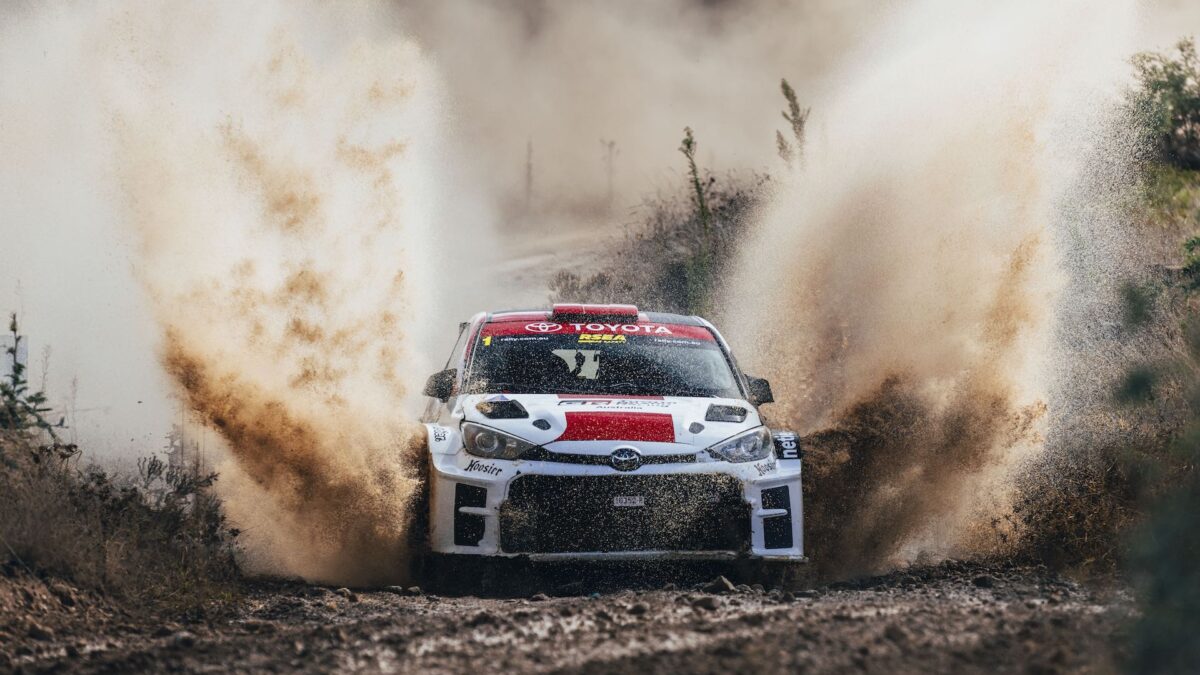 TOYOTA GAZOO Racing Australia (TGRA) will swap the dirt track for the race track when the Australian Rally Championship-winning GR Yaris AP4 lines up on the grid this weekend at Albert Park as part of the Formula 1® Heineken® Australian Grand Prix 2022.

Fresh from a win in the ARC season opener at the NatCap Rally in Canberra, reigning ARC champion Harry Bates will drive the GR Yaris AP4 in the MSS Ultimate Security Speed Comparison challenge.

Formula 1 fans will be able to see Harry and the GR Yaris AP4 take on a pair of renowned V8 Supercar drivers in the handicap demonstration.

Seven-time Supercars champion Jamie Whincup will be behind the wheel of a Holden Commodore ZB Supercar, while 2017 Bathurst 1000 winner Luke Youlden will drive a Porsche Taycan Turbo S.

Given the difference in top speeds, the single-lap Speed Comparison challenge will feature a staggered start to allow for as close a finish as possible between the three vehicles.

The TGRA GR Yaris AP4 can hit a top speed of 185km/h, and produces over 200kW of power from its 1.6-litre turbocharged three-cylinder petrol engine.

Toyota Australia Chief Marketing Officer Vin Naidoo said the Speed Comparison event would be a great opportunity for the TGRA Rally Team to showcase the performance of the GR Yaris AP4 in front of passionate motorsport fans.

“As the reigning Australian Rally Champion, TGRA and the GR Yaris AP4 have achieved great success, establishing themselves as the kings of the dirt,” Mr Naidoo said.

“We are excited to see Harry Bates put the AP4 through its paces on the famed tarmac of Albert Park, in front of thousands of passionate Formula 1 fans.”

The Formula 1® Heineken® Australian Grand Prix 2022 takes place from Thursday April 7 to Sunday April 10, with Speed Comparisons being held on every day of the event.