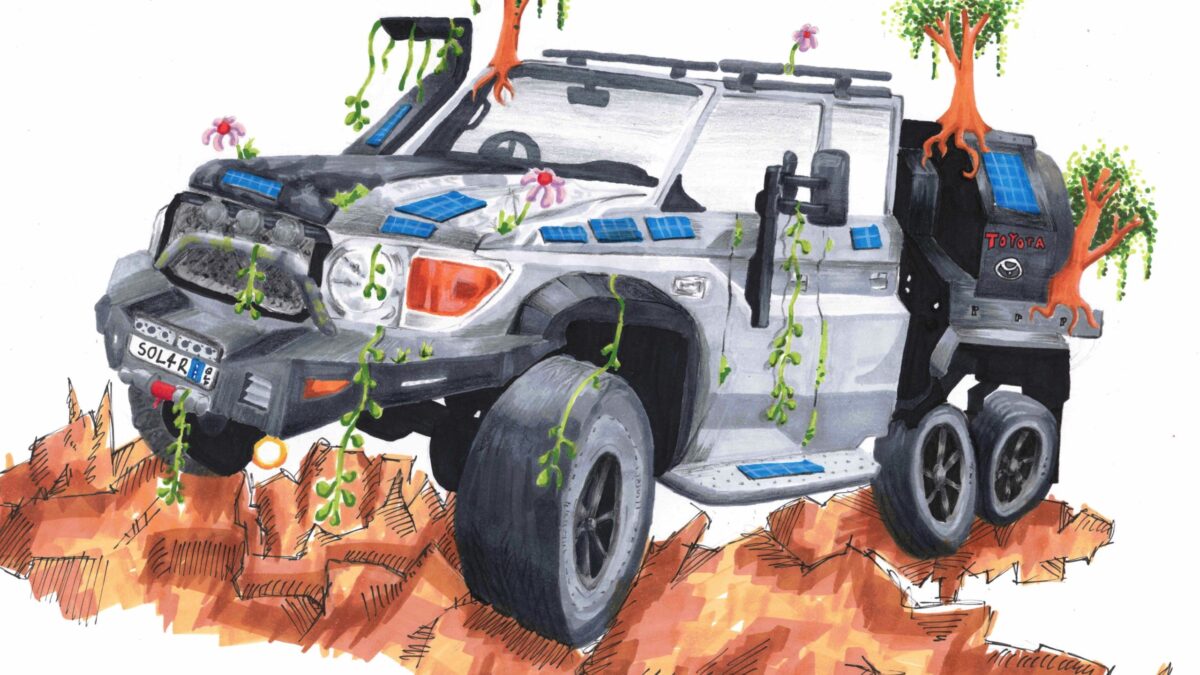 12-year-old Louis let his imagination run wild to create a Dream Car of the future, focusing on important environmental issues.

Louis, from Queensland Trinity Lutheran College, said his winning entry was inspired by the Toyota 79 Series LandCruiser and took him six hours to create.

Titled Powered by Nature Louis said: “My off-road vehicle is powered by renewable energy, uses solar energy to drive and is covered in plants to help regenerate the air we breathe.”

“We received so many extraordinary artistic creations in this year’s contest and it’s such a joy to see that Toyota is inspiring tomorrow’s designers and engineers,” Mr Naidoo said.

“It’s also very evident that key societal issues such as environment, sustainability, and happiness are at the forefront of Australian kid’s minds with each drawing portraying a solution to these current issues,” he said.

Prizes were also awarded to the top three entries in each of three age categories – under 8 years, 8-11 years, and 12-15 years – with the winners receiving a $275 Visa gift voucher.

Details of each finalist and what inspired their creations can be found below: