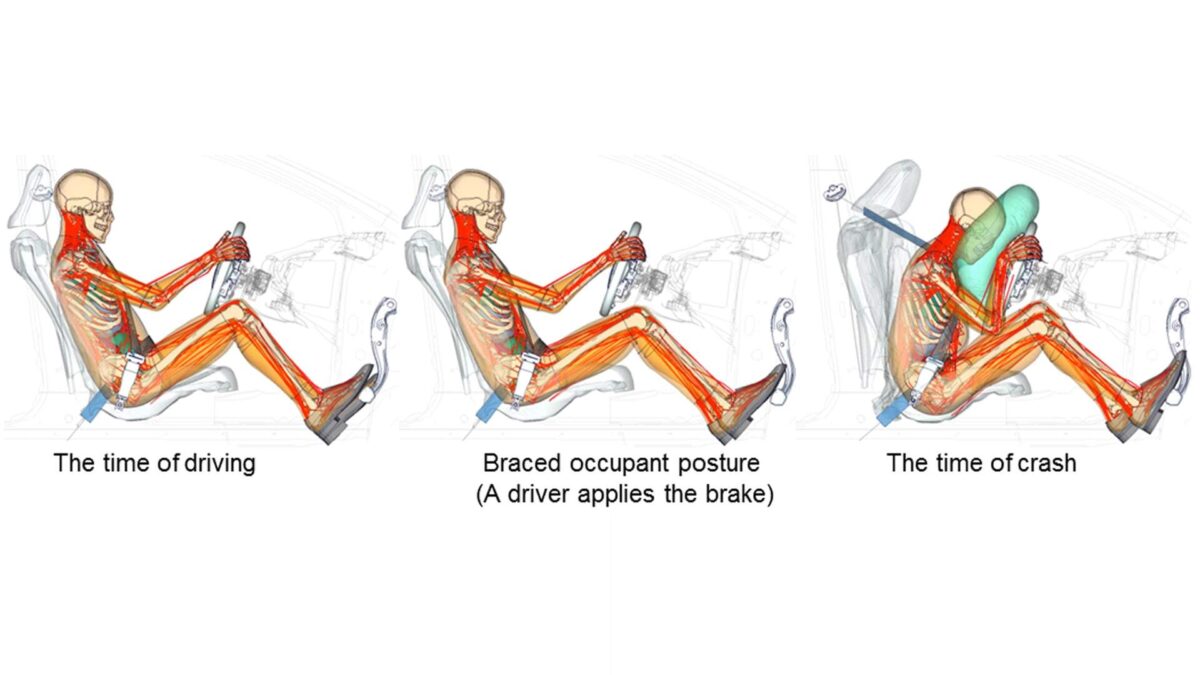 Toyota has expanded its commitment to global road safety by making software for its virtual crash-test dummies freely available to competitors and researchers.

Known as THUMS (Total HUman Model for Safety), Toyota’s proprietary software is designed to save lives and reduce injuries by facilitating detailed computer analysis of the impact of collisions on vehicle occupants and pedestrians during crash-testing.

The virtual crash-test dummies support research and development of safety technologies including seatbelts, airbags and vehicle structures that help reduce the risk of injury.

THUMS is now used under licence worldwide by more than 100 vehicle manufacturers, parts suppliers, universities, research institutions and others – all of whom will have free access from January 2021.

Vehicle safety assessment organisations are also considering the use of THUMS for virtual testing in their assessment plans.

THUMS was launched in 2000 as the world’s first virtual human body model software. Its reproduction of the human anatomy has been continually improved, making crash testing more and more accurate.

The software now simulates bones, brains, internal organs, muscles and skin for a range of genders, ages, physiques and postures.

Toyota’s decision to make the software freely available is expected to result in more users who will be able to make and share further improvements.

This is not the first time Toyota has offered free access to proprietary technologies. Last year, the company granted royalty-free licences on nearly 24,000 patents for advanced technologies found in electrified vehicles, particularly those used in hybrid electric vehicles.

“We decided to make the software freely available to have more people use it, to further enhance vehicle safety across the entire automotive industry, and to help reduce traffic injuries and fatalities to create a safer society,” Mr Kuzumaki said.

“We look forward to seeing it applied broadly in development sites and others, envisioning a mobility society with automated vehicles and other technologies, moving forward,” he said.